For many people, having a child is one of the most remarkable moments in their lives. Raising children can be fulfilling for many people. However, some people prefer to have only a few children or no children at all.

This is where birth control methods such as intrauterine devices (IUDs) come in. IUDs offer a lot of protection when it comes to getting pregnant, but many people believe that they are infallible.

Those who are more skeptical might be curious: can you still get pregnant even with an IUD? The answer might be more complex than you think. Read on to learn more.

What Is an IUD?

Before tackling the possibility of getting pregnant with an IUD, it’s essential to understand what this birth control method really is. An IUD is a contraceptive option with more than a 99% success rate. It is the preferred birth control method for almost 10% of patients.

An IUD is considered long-acting reversible contraception (LARC) because it can be used for several years and then be removed later as the patient sees fit.

There are two types of IUDs: copper-containing and levonorgestrel (LNG)-containing IUDs. These two differ in terms of longevity, how they work, failure rates, and indications for removal.

Copper IUDs can last up to 10 years and can be used as an emergency contraceptive within five days of risky intercourse. Meanwhile, the lifespan of LNG IUDs depends on the strength of the device. LNG IUDs with a strength of 13.5 mg can last up to three years, while 19.5 and 52 mg strengths can go up to five years.

Keep in mind that different products may have different approved durations, so you are advised to always check the product’s label or to consult a specialist.

First, an LNG IUD thickens the cervical mucus to prevent sperm cells from moving toward the egg. Second, it prevents users from ovulating so that there will be no eggs to fertilize in the first place. Those who have recently given birth and want to implement an immediate birth control method can have an IUD placed within weeks.

In terms of removal, all IUDs should be removed if they have been in place for longer than the prescribed period mentioned above. However, there are other reasons why they may be removed, including the patient’s desire to get pregnant, irregular bleeding, heavy bleeding, or discomfort and pain.

It’s important to note that copper IUDs are likely to cause bleeding changes such as heavy vaginal bleeding and irregular menstrual cycles. Medical experts also advise the removal of LNG IUDs when patients are diagnosed with cervical or uterine malignancy or jaundice.

While IUDs are a great contraceptive option, not everyone should get them. There are contraindications that prevent patients from having them placed. These include pregnancy or suspected pregnancy, sexually transmitted infection during insertion, acute pelvic inflammatory disease, and more.

It is important to note that IUDs do not prevent sexually transmitted diseases (STDs). If STDs are a concern, it is better to add another layer of protection, such as condoms.

Additional contraindications exist for the two specific types of IUDs. Consult your healthcare provider to find out which, if any, applies to you.

Getting Pregnant with an IUD

For the emergency use of copper IUDs, the failure rate goes up to 0.1%, but this figure still makes it more than 99% effective. Two types of pregnancies can occur with an IUD: intrauterine and ectopic. Intrauterine pregnancies are regular ones in which the fertilized egg attaches itself inside the uterus.

Ectopic pregnancies occur when the fertilized egg attaches itself to another part of the reproductive system, typically in a fallopian tube. In short, a pregnancy is ectopic when it occurs outside of the uterus.

So, while IUD users can get pregnant, the chances are small. Nevertheless, let’s talk about why and how these devices fail, albeit at smaller percentages. There are several reasons why you can still get pregnant even with an IUD. You need to be aware of these reasons so that you can stay protected.

IUD migration refers to the displacement of the device from its proper position. It can lead to several issues such as IUD expulsion, unusual vaginal bleeding, cramping, and pain, just to name a few.

There are several reasons why it happens. Uterine contractions during menstruation, a small uterine cavity, and uterine tilting are a few examples. If you are under 20 years old, you are breastfeeding, or you had it inserted immediately after giving birth, then you have a higher chance of IUD migration.

Expiration is also another reason why IUDs can fail. This is the reason why these devices have an approved duration. They can stop working when the prescribed lifespan is over, which can be the same as not having any protection at all.

Engaging in Sex too Soon and Improper Placement

When you have an IUD inserted, you need to know how much time it will take to start working. For copper IUDs, the effects are immediate. For LNG IUDs, you might need to wait a few days, typically seven. Ask your doctor about the specifics to be sure.

Engaging in sexual intercourse during the wait increases the risk of pregnancy. The best thing to do is refrain from sex for seven days or use another form of birth control while waiting for the IUD’s effects to kick in.

The most common reason IUDs fail is dislodgement. When the device is not properly inserted or has been displaced, it can fall out or move out of the proper place. Lack of experience on the part of the doctor can be a contributing factor.

An IUD needs to be placed in the uterus for it to work. If it is placed too low or too high, it can cause failure. In some cases, a low placement causes the device to fall out.

IUD expulsion is the term used to refer to the event when the device falls out of the vagina. When this happens, it means that you are no longer protected by the IUD, which means there is a risk of pregnancy.

While improper placement can be a reason why a device can fall out, experts say that there are no clear reasons why it happens. What they do know is that IUD expulsion has a higher chance of occurring during menstruation.

Those with higher chances of experiencing expulsion are people who have never been pregnant, are younger than 20 years old, have experienced heavy or painful periods, had it inserted during the second trimester of a pregnancy, or had it inserted after an abortion.

What to Do with an IUD Pregnancy

The best thing to do when you get pregnant with an IUD is to go to your doctor. There are several things they might do, including finding out if the pregnancy is intrauterine or ectopic. This can help them determine the next steps to take, especially when it comes to removing the IUD.

Leaving the IUD in place can increase the chances of miscarriage, amniotic sac infection, premature birth, and low birth weight. Even when IUDs are removed, the odds of experiencing such complications are still greater than if no IUD was present.

The management of this condition will depend on many factors, particularly on the decision of the patient. Should they decide to have the IUD removed, doctors will need to consider the gestational age, positioning of the device, and visibility of the device’s strings.

The patient also has the choice to terminate the pregnancy, especially as the device has been inserted to prevent such an occurrence in the first place.

Those who prefer to continue the pregnancy should expect more tests to prepare for the removal of the IUD. Usually, the doctor will remove the IUD using its strings, but if they are not visible, the patient may need to undergo an x-ray or an ultrasound to find it.

The location of a displaced IUD matters. If it is in the cervix, it can be easily removed. However, removing one above the cervix can be risky, and the doctor will explain the risks and possible complications that can come with continuing the pregnancy, given the situation.

It is possible to get pregnant with an IUD, but it is very unlikely. IUD pregnancies can occur, but if a patient is aware of this and the associated risks, then they can be informed and empowered to choose what is best for themselves.

get pregnant with an IUD – Pregnancy and IUDs: What You Need to Know 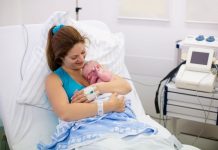 Normal Delivery vs Cesarean – How Does it Work and Which One Is Best to Choose? 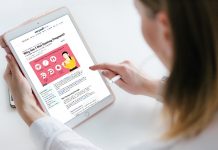 Can’t Get Pregnant? 8 Things That Could Be Preventing Pregnancy

These Are The 7 First Signs of Endometriosis